When one of my best friends came to visit me in Seoul, I wanted to show him some special places in the city. We decided to visit Changdeokgung Palace and secret garden, two sites that I didn’t have the chance to visit before and that, according to a lot of people, are two of the best spots in town.

For this visit, we joined a Meetup event, organized by an enthusiastic Seoul citizen, who loves to meet people and show to foreigners the hidden and non-hidden beauties of his home town.

The palace is situated very close to downtown Seoul, walking distance from Insadong and Jeongo areas.

The meeting point was in front of the Main gate, and after meeting and introducing each other with the meet-up attendees we were ready to start our visit. 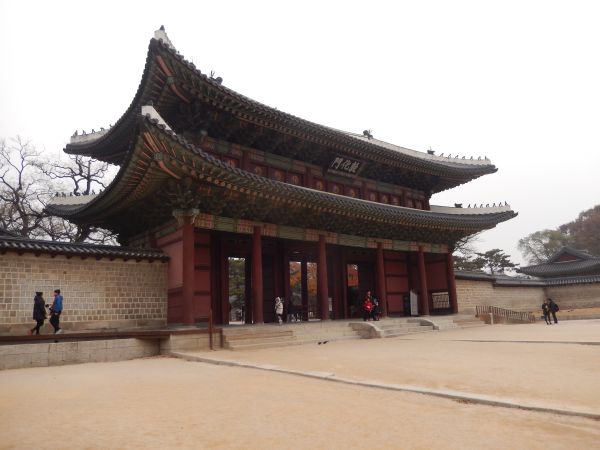 The construction of this palace began in 1405 and it is one of the five big palaces built during the Joeson Dynasty. Like many of the historical buildings in Korea, Changdeokgung went trough several destructions and reconstructed, like in 1529 that it was burned to the ground during the Japanese occupation of the peninsula.

In 1997 it was included in the UNESCO Heritage sites list during the committee meeting in Napoli, Italy.

Right after the main gate (Donhwamun Gate) and just in front of the main building, these stone pillars caught our attention as we could not figure it for what they were used. As one of the guides explained, these pillars were used as place marker for officials asking audience with the king.  The Injeongjeon Hall is the next building you will see, and it is the throne hall of the palace, and also national treasure of Korea. In this hall all the important events of the reign, such as coronation and diplomacy meetings, were taking place. 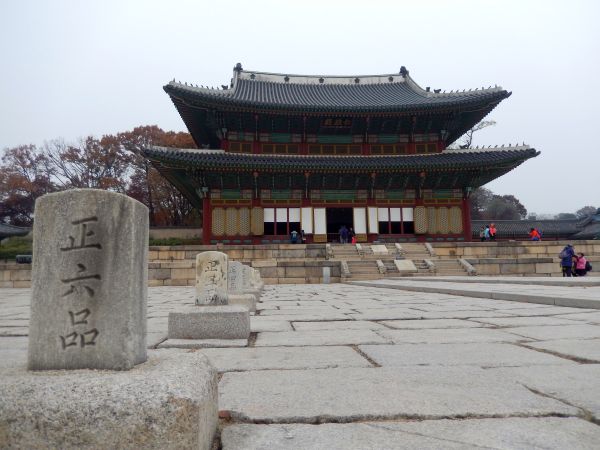 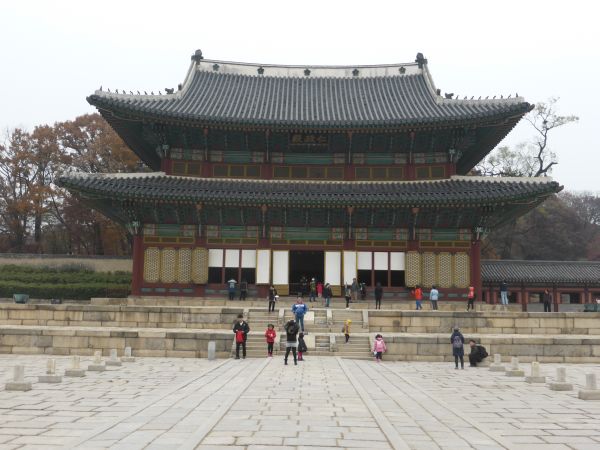 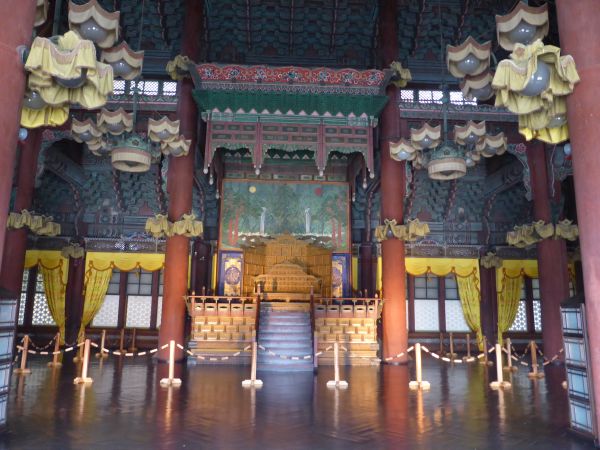 The are many buildings in the palace, each of them had different purposes during the reign, and were used by the royal family, officials and servants.  Particularly interesting is the Kyunjangak, the royal library of Joseon Dinasty. Here the official state exams were taking place in presence of the king. 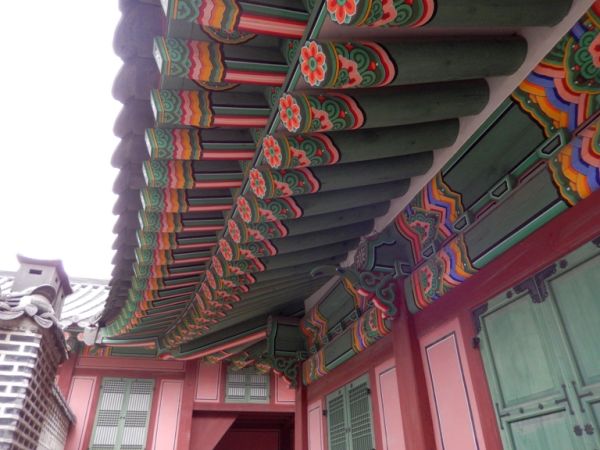 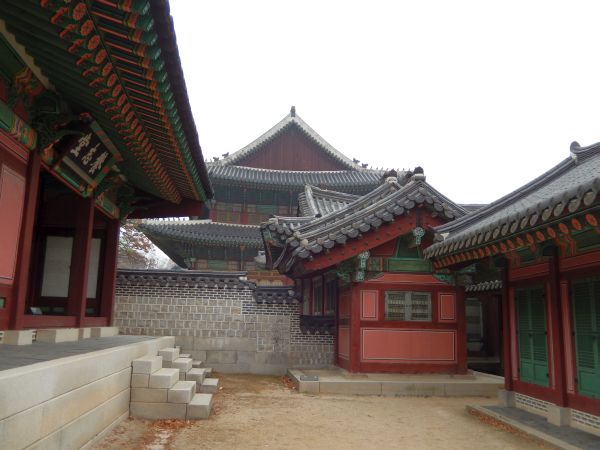 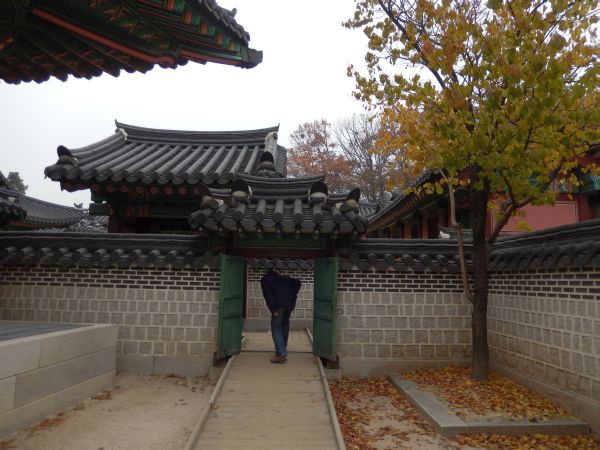 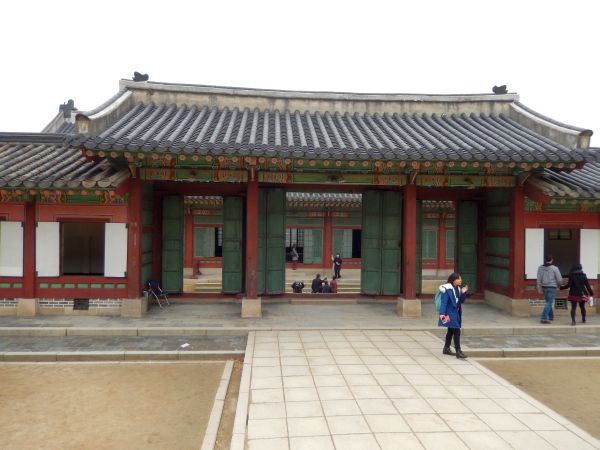 The palace is majestic, and as we walk, I could imagine how king’s life would be, with such a beautiful palace to live in. It was also amazed by the quiet that characterize the palace, considering that is right in the middle of a bustling city of more than 10 million inhabitants.

Hidden inside the palace is the Biwon (Secret Garden), that was a place of calm for the royal family, where they could evade from the strict court’s life. The garden is filled with many kinds of plants and trees, and even though the gloomy and cold weather and grey sky of that day, the red and yellow colour of the leaves gave a warm feeling. There are several pavilions that were used for different activities such a fishing spot or a place for reading, studying and discussing. All these structures blend perfectly with the nature around. These pavilions and the ponds created an amazing view. 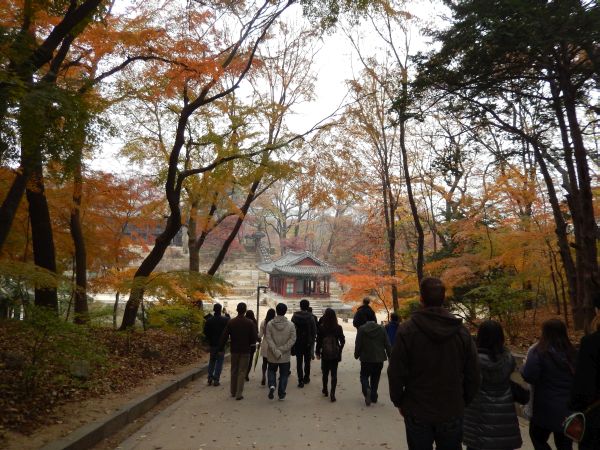 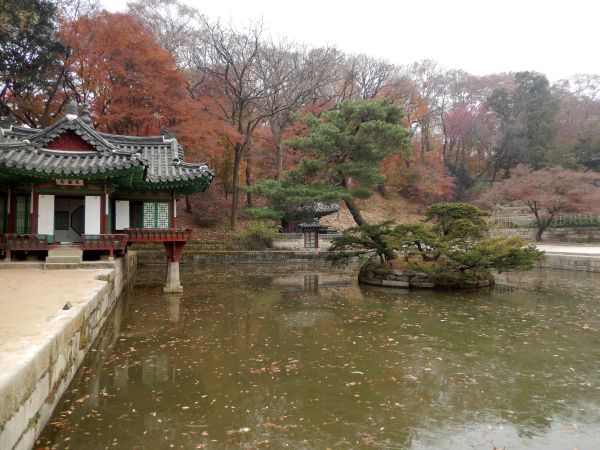 Those who wanting a longevity have to walk through the Bullomun (Gate of long life), a gate that during the kingdom period, only the king was allowed to walk through.

According to many, autumn is probably the season to visit this palace, but I would like to visit the garden again in spring. That would also be a great view I am sure.

Almost at the end of the tour, we reached a 750 years old Chinese Juniper tree, one of the oldest trees in Korea. The guide challenged us to spot shapes of four animals created by the branches of the tree. Can you find those shapes by looking at the picture? 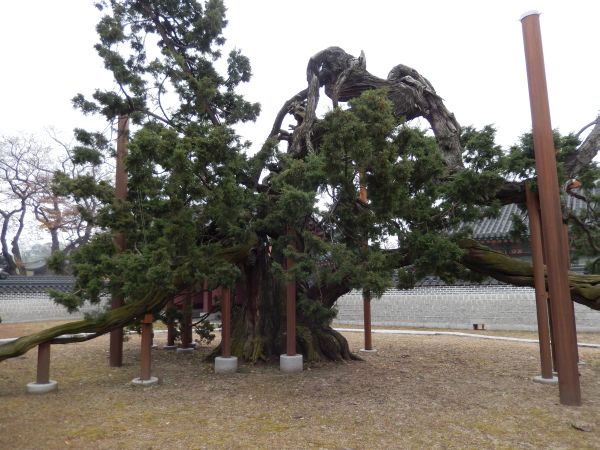 If you are in Seoul, I suggest you to visit the palace and the secret garden. And because of the historical significance of the constructions, would be better to follow a guided tour.

Reservation for the Secret garden tour is necessary. You can book it in advance by calling on this number +82-27628261 or purchasing it as soon as you arrive at the palace (there is a max of 30 people per group).

For the schedule check here