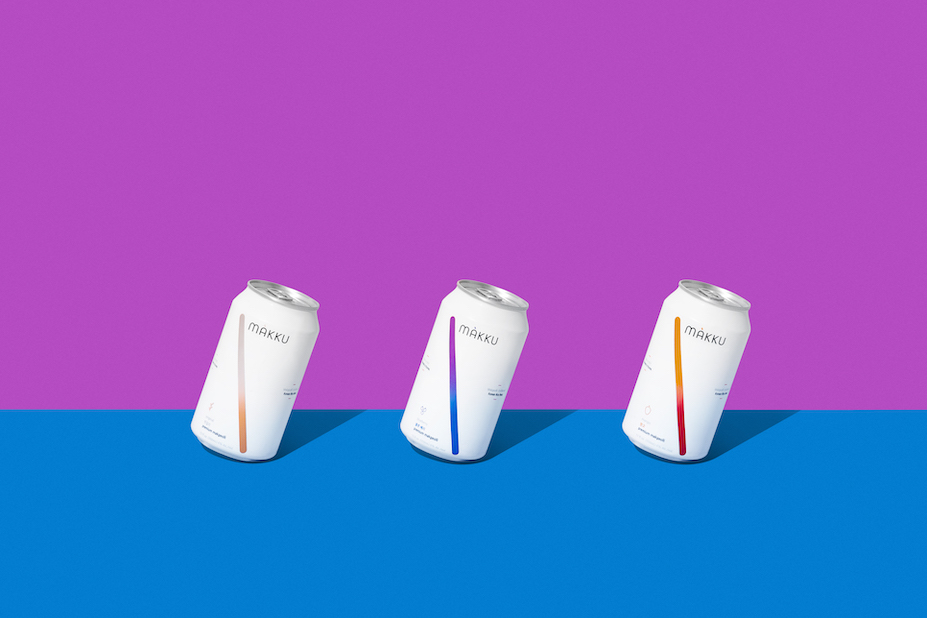 It would be reductive defining Makku as any makgeolli brand. Makku is a concept where past and present coexist, it draws with both hands in craft tradition but it stands out with its minimal and attractive design. No artificial additives, only its unique taste that comes from a complex brewing and fermentation. Carol, who is behind Makku, share with us her ideas about.

Can you tell us a bit about your background and how did you start your company? I think there must be a lot of study and preparation behind in regards to brewing, fermentation and more

I’ve worked in small tech startup companies for several years, and went through an accelerator program at ZX Ventures (the global growth and innovation group within Anheuser Busch InBev), before joining to become an ‘Entrepreneur in Residence.’ Through these experiences, I’ve learned to adopt the ‘lean startup’ methodology whenever bringing a new product to market. This methodology encourages rapid product iteration through consumer testing and validation.

Before attempting to brew any makgeolli, I conducted consumer research in the form of focus groups, customer surveys and taste tests. I validated several of my hypotheses including:

I then traveled to Korea to visit various makgeolli breweries, try different makgeollis and learn how it was made. I wondered why local craft makgeolli brands tasted better than the commercial brands found in the U.S., and found that most of the large breweries took shortcuts to save money and time by using rice flour or raw rice instead of the traditional methods of steamed rice. Then they would sweeten the brew on the back end with artificial sugars, and often add additives such as “rice juice” or “rice flavoring.” The biggest difference though, is that craft makgeolli is made with a Korean fermentation starter called nuruk, which produces a nuttier, earthier, deeper flavored brew, compared to makgeolli made with the Japanese fermentation starter – koji.

This is something I knew I didn’t want for Makku. I wanted to honor the traditional recipe and use only all-natural ingredients so consumers wouldn’t get any artificial after tastes or be left with a strange mouthfeel.

When I came back to New York, I researched makgeolli recipes online and started brewing. After several months of trying my terrible tasting makgeolli, my mom (who is a licensed herbologist) stepped in and crafted the Makku you see today. She read through pages and pages of Korean blogs and forums (which I could not do) and experimented and troubleshooted her way to a delicious batch.

Eventually we started selling Makku to our first few restaurants and then I was 100% focused on consumer reaction. I would sit at our restaurants and just observe who was purchasing our product, the reactions on their face after the first sip, how they were drinking it, if they would order another can. Often, I would approach the customer and ask a few questions. This all goes back to consumer feedback and validation. It’s so important to understand your target audience and hear what they think of your product. It’s an ongoing part of running a business.

How did your research in Korea take place? There are so many makgeolli breweries across Korea, different products, flavors, regional ones and so on.

We researched the largest makgeolli breweries in Korea and saw that they offered brewery tours. We called them in advance and scheduled tours with a few of them. Then we contacted a few people who researched makgeolli in Korea, and scheduled a meeting with them. We left the rest of our trip to visit makgeolli bars, and see if we could discover local craft brands we liked, so we could visit their facilities after. We ended up running out of time but we learned so much in just a week.

Your brewing facilities are in Korea, right? What’s the added value of making your product in Korea rather than US? I can think for example of using nuruk might be an issue outside Korea.

We initially wanted to make makgeolli in the US but we needed to contract brew (OEM) because we didn’t have the resources to build our own brewery. Unfortunately, none of the contract breweries had the knowledge or equipment to make Makku, and most were not willing to even try, since one of our ingredients – nuruk – contains wild bacteria and brings a risk for cross contamination in a closed facility.

After a year of visiting breweries, we decided to continue the search in Korea. We finally ended up finding a makgeolli brewery that was willing to work with us, and was also capable of scaling our operations for our long term vision. They have been producing makgeolli for decades, and they are very technically experienced. Fortunately, this means we don’t have to worry about consistency between batches, quality control, and pasteurization issues. We’ve also been able to share suppliers with them, and our cost of goods is lower, as all our ingredients are from Korea.

What are the challenges to differentiate your product in the drinks market but also from other Asian alcoholic drinks like Japanese Sake or other rice/barley wines.

The challenge is not really differentiating our drink – because it truly looks and tastes like nothing else in the market – but educating people on what makgeolli is, and making them remember. To simplify things, we’ve bucketed ourselves into the ‘beer’ category, as we technically fall into the definition of a beer, and use adjectives like ‘Korean, unfiltered, and rice’ to differentiate ourselves from other beers.

The closest drink out there would be a nigori sake, since we are both brewed from rice, use a similar fementation starter, and unfiltered, but we use a different culture (again – nuruk vs koji), are lower in ABV and we have light carbonation.

Makku comes with original flavor, mango and blueberry. How did you come up with these exotic flavours?

The original flavor is traditional makgeolli that is popular all over Korea. The flavor really just comes from fermented rice. I learned that it’s best to introduce new things with some level of familiarity, so I figured I should add 2 flavors that are common and widely accepted in America. I wanted a citrus flavor and a berry flavor, but none of the citrus flavors I tested were working out, so I went with mango, since I know it’s a crowd pleaser.

What’s the target age for Makku? What’s the feedback from consumers so far? Can they differentiate Makku from cheaper/commercial brands available in US? How to describe the peculiar taste of makgeolli to people that have never tried it before?

We’re still honing in on our target audience, but our hypothesis is that our consumer is in the 25-40 age range, with a slight skew towards females. We see a lot of interest from Asian Americans because they have had more exposure to the drink, and our rice flavor is generally not off-putting to their palates. Outside of Asian Americans, our typical consumer is open-minded, experimental, seeks experiences, appreciates tradition, enjoys cooking and high quality food, has a large repertoire of preferred drinks, values word-of-mouth recommendations, respects different cultures, and have been exposed to Korean food/culture through a friend.

We’ve received a lot of feedback from various groups throughout several phases of testing. In our initial focus group we heard everything from not wanting to be able to see the actual liquid because of its milky white appearance to excitement to have an alternative form of beer and several drinkers expressing interest in purchasing Makku once it went to market. Most recently, we ran a survey where customers voiced that the blueberry and mango flavors were a bit too sweet and we adjusted our recipe to reflect that feedback.

For those who haven’t tried makgeolli, we’ve tried explaining it as a ‘mochi alcohol with champagne fizz’ or ‘fizzy, light, nigori sake’ but we are still thinking of the right terminology.

I also think about design. Your product comes in can size and the visual aspect feels very young and attractive. How did you develop it?

The insights from the focus groups helped me ‘validate’ the concept and move forward with branding. I hired an agency that had a minimal, clean aesthetic that aligned with what I wanted Makku to look like and gave them a few key points to work from which included:

They came up with a few design options, one of which is what you see in the market today.

Do you have plans to make Makku available also in Europe?

As of right now, our focus is working on our presence in the US. Once we move into more markets here in the US, we can begin looking at expanding to other countries.