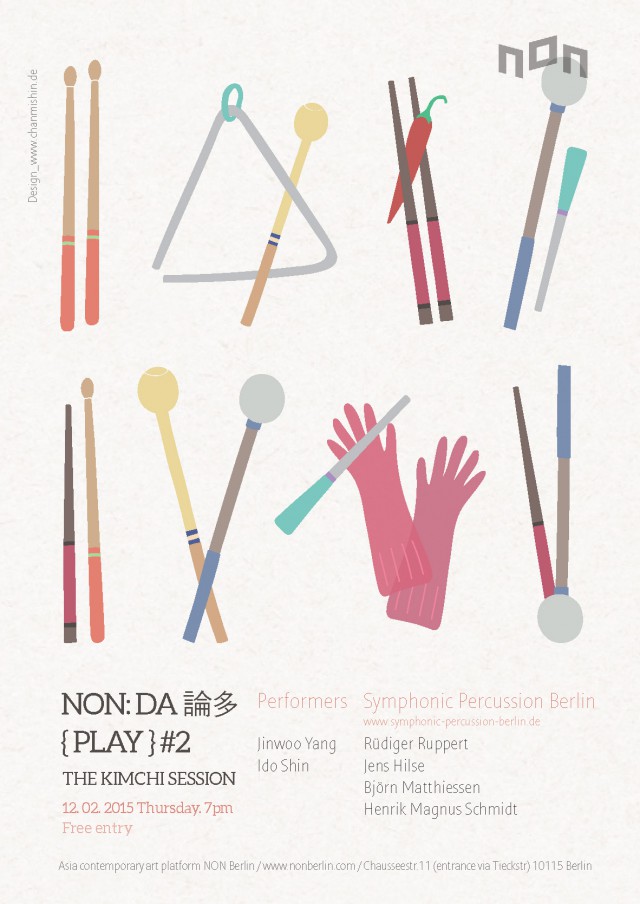 Food in Korea is an important part of the culture and transmitting the passion and knowledge about food and its traditions has resulted in many different way of representation over the years.

Is not the first time that I see a performance that mixes Korean food with music. When I visited Korea in 2013 I went to to watch the musical NANTA. This musical created in 1997, has been performed in many countries across the world and is an unique show involving ingredients, pots, pans, knives, fire and drums. Based on Korea’s traditional rhythms of Samulnori (traditional Korean percussion quartet),  it tells the story of four chefs who have been set the impossible task of making a wedding banquet in just one hour.

The performance Kimchi Session is part of the NONDA project from the NON Berlin gallery. From the NON Berlin website: “NONDA is a lecture program introduced by NON Berlin where inter-media artists and their guests have opportunities to present their art work and own perspectives to share with the audience. The word NONDA, in Chinese characters means ‘to have various discussions’ or ‘to talk about beautiful things’ and In Korean language, NONDA means ‘ playing‘ or ‘ to play‘ in enjoying.” 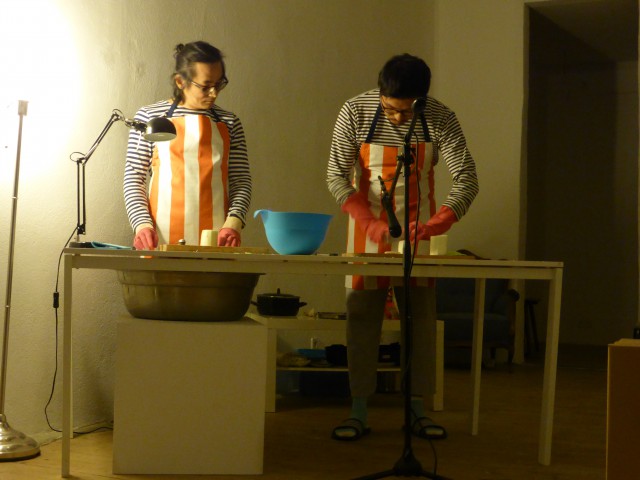 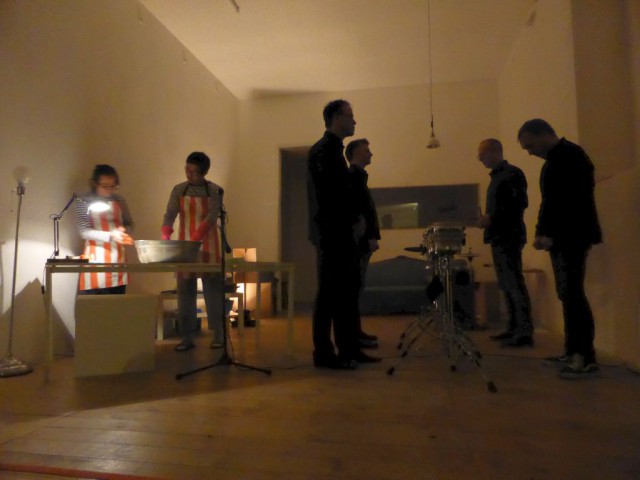 The non-verbal communication consisted in sound/music exchanges between the two artists and the ensemble. Cutting, mixing, chopping, pouring and stirring sounds mixed with the rhythm of drums, played using both traditional drumsticks and kitchen knives.

This created an intense communication between the two sides of the performance, reflecting what the concept behind NONDA session is: using different media to share and experience knowledge and to involve the audience in the process.

Knowledge comes through experiencing, so the fresh prepared kimchi was offered for tasting at the end of the session. The audience and the performers could enjoy the sour and spicy dish, treasure of the Korean cuisine. Even for some members of the ensemble the first bite was a challenge and they could not handle the spiciness of kimchi. A true experience of Korean food!