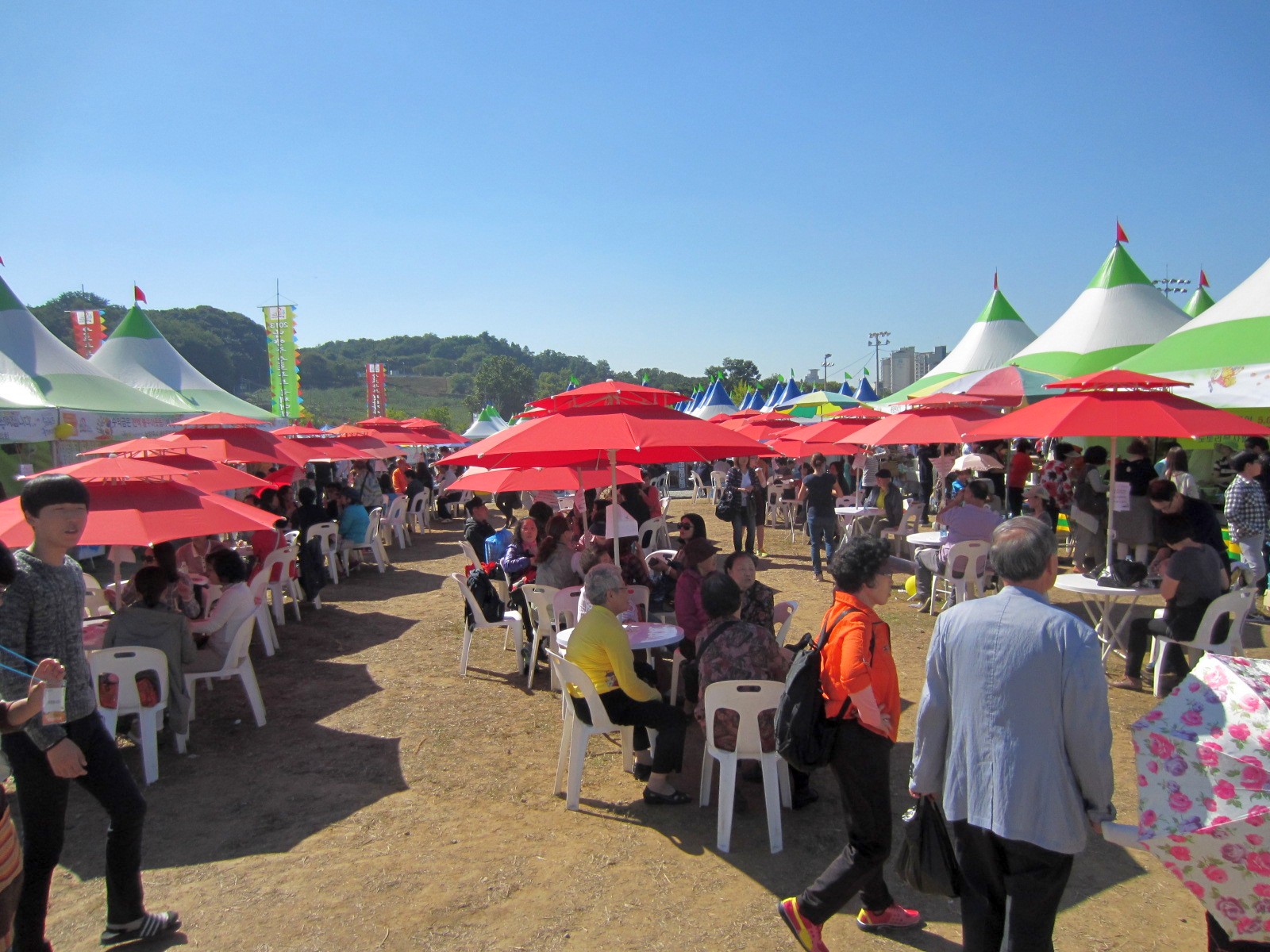 From the 1st to the 6th of October the Asio Gusto event was held at at the Namyangiu sport complex center located just outside Seoul.

This event was the first Asian international slow food fair that gathered producers and distributors from Asia but also delegations from other countries.

Slow food movement originated in Italy in the 1989 and so far has involved more than 100.000 members all over the world. They promote the love and the pleasure for good food with a commitment to the respect of bio diversity, community and environment. Slow food movement is growing rapidly in Asia and this event was a great occasion to show how countries in this region share many ingredients (thinking about variety of rice or tea for example) and methods as well as having their own food traditions.

In Korea for example, food is strictly related to ceremonials and religious traditions, where specific food is prepared and consumed in particular days. What is also peculiar in Korean food culture, is the relation to food and health: many Korean people will be able to suggest ingredients to use in order to get particular benefits (benefit to your intestine or liver for example) or link specific ingredients consumption to your body type.

(photos taken by me and Steve Redeker)

The event was filled with workshops, conferences, markets and meetings that gave both hands on experience to visitor and a chance to discuss topics such as sustainability and bio diversity.

We found many interesting stands and all the people were happy to let us taste their product or gave us a chance to know more about certain ingredients. We had a chat with scientists who explained us how kimchi fermentation process creates antioxidants compounds and stimulates the growth of “good” bacteria, the same kind of bacteria found in yogurt for example.

Particularly interesting for me (because my study background) was a insects-tasting stand. We had the chance to try roasted mealworms and crickets, as well as a more korean traditional snak such as boiled silk bug chrysalis (pondegi – 번데기). Since few years organizations and governments are looking at insects with interest as an aliment that will be used to feed the increasing world population. In Asia, Africa and South America, insects are traditionally eaten, but nowadays also other cooking cultures are starting to create new dishes that include insects (mostly crickets, grasshoppers and ants). According to FAO (food and agriculture organization) insects consumption have many benefits,  including a less environmental impact to rear compared to cattle, requiring 10 times less feedstock than kettle and less water and land buy byt having the same protein amount of beef (http://www.fao.org/docrep/018/i3253e/i3253e00.htm).

At Asio gusto, also an “Ark of taste” was present. This Ark is project that aims to list forgotten food and at the moment includes more than 1.000 foods across the globe. The Ark collects quality production that belongs closely to a country tradition and history and is aimed at spread and protect bio diversity. For South Korea, this list includes, among others, Distilled salt (Jayeom) and the Jeju native black cattle.

More than 500.000 people attended the six days event and it feels good to know that many people are interested and share the same vision of food where quality and sustainability come first.

If you want to know more about the slow food movement check their website: http://www.slowfood.com/