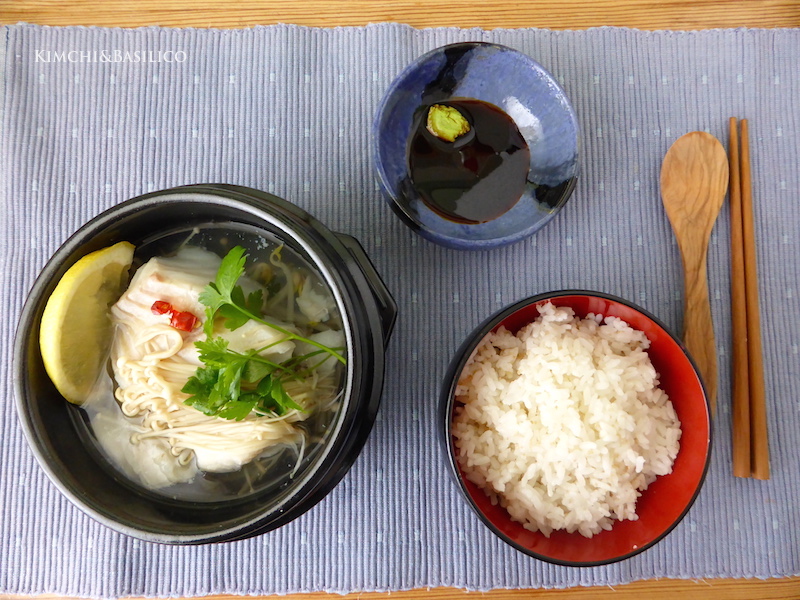 Korean food is probably know for its spicy dishes, but in reality there are many dishes that are not spicy. Daegu jiri (대구지리- codfish soup) is one of the non-spicy soup, and its simple broth, prepared with few ingredients, enhances the taste of the cod. Daegu means literally “large mouth” in Korea, so cod is “large mouth fish” in Korean. This dish has a delicate but refreshing taste, and it’s a good dish to have in the summer. A more spicy version of this dish exists and is called Daegu tang (대구탕).

We will serve this soup with steamed rice (bap) 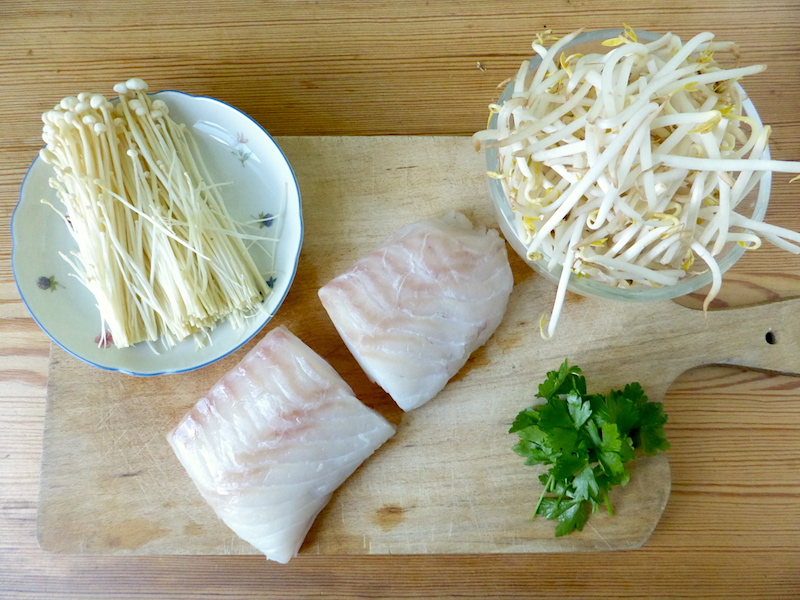 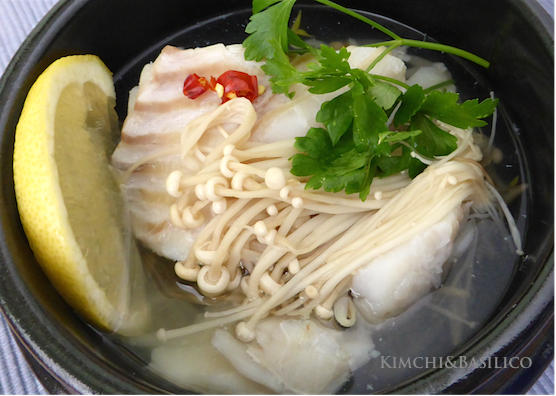