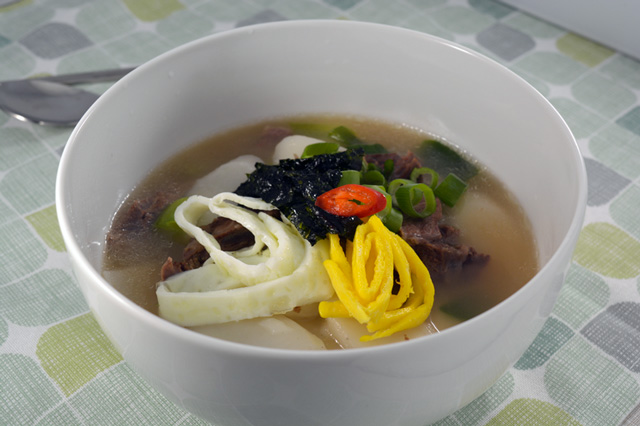 Happy new year! For the first day of 2013 we are going to talk about Tteoguk (떡국), a dish that is eaten traditionally on the first day of the new year and for Koreans this is the day when they become one year older rather that on their birthday. A saying explains that you actually have to eat Tteokguk in order to become older. Tteokguk is a soup made with rice cakes (tteok) in broth (guk). Traditionally the broth used is beef broth but there are other versions with chicken or vegetable broth.  Another version also use mandu (dumplings) and in this case the soup is called tteok-manduguk. We had this for lunch on the first of January and the delicate and starchy taste of the soup was a perfect meal for starting the new year with a positive attitude.

This soup is easy to prepare and we provide here the recipe: Ingredients for for 2 people: 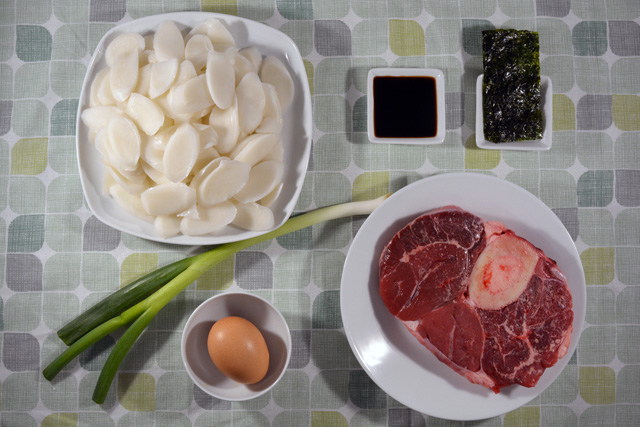 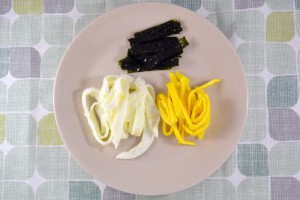 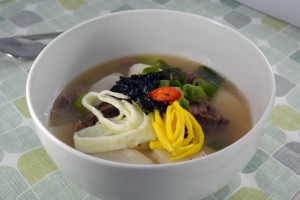