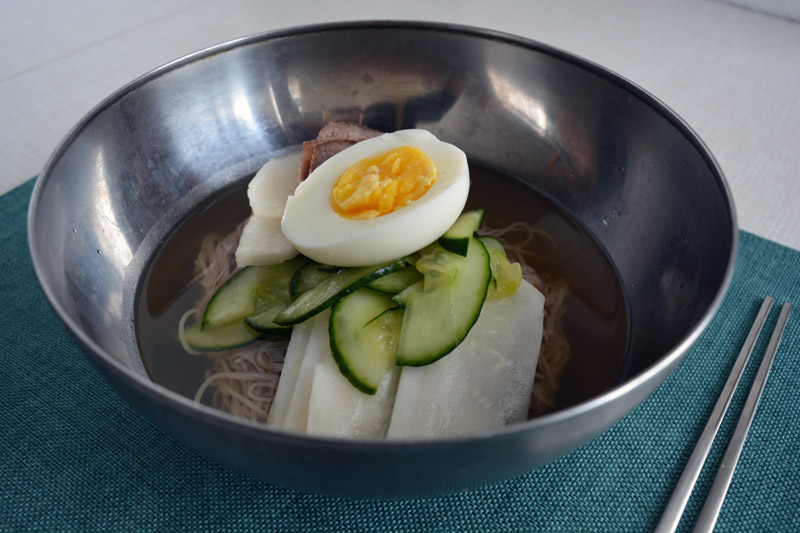 This dish, originally from Pyongyang area was introduce in South Korea after the Korean war. Naengmyeon consist in long noodles (they can be made from buckwheat, sweet potato or arrowroot) served in a bowl (usual made of metal) with cold broth with ice, sliced cucumber, egg,  a boiled slice of beef, scallion, slices of asian pear and garnished with sesame seeds. 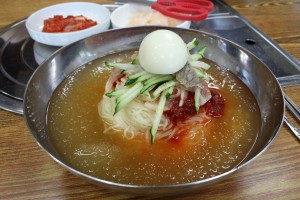 The two main variants of cold noodles are Mul Naengmyon – 물 냉면(watery noodles as described above) and Bibim Naengmyoen – 비빔 냉면 that are cold noodles without broth and served with spicy red pepper paste (gochujang).

We had watery noodles in a restaurant in Hongdae during a very hot summer day. They were a blessing to cool down our body!

The dish is served together with few side dishes like kimchi and radish plus a pot of warm beef broth. Usually people drink this warm broth and eat the egg before starting eating the noodles: this makes sure that your stomach is prepared to receive the coldness coming from noodles and cold broth.
The waitress will also bring a pair of scissors together with the dish and you will need to cut  the noodles since they are very long. 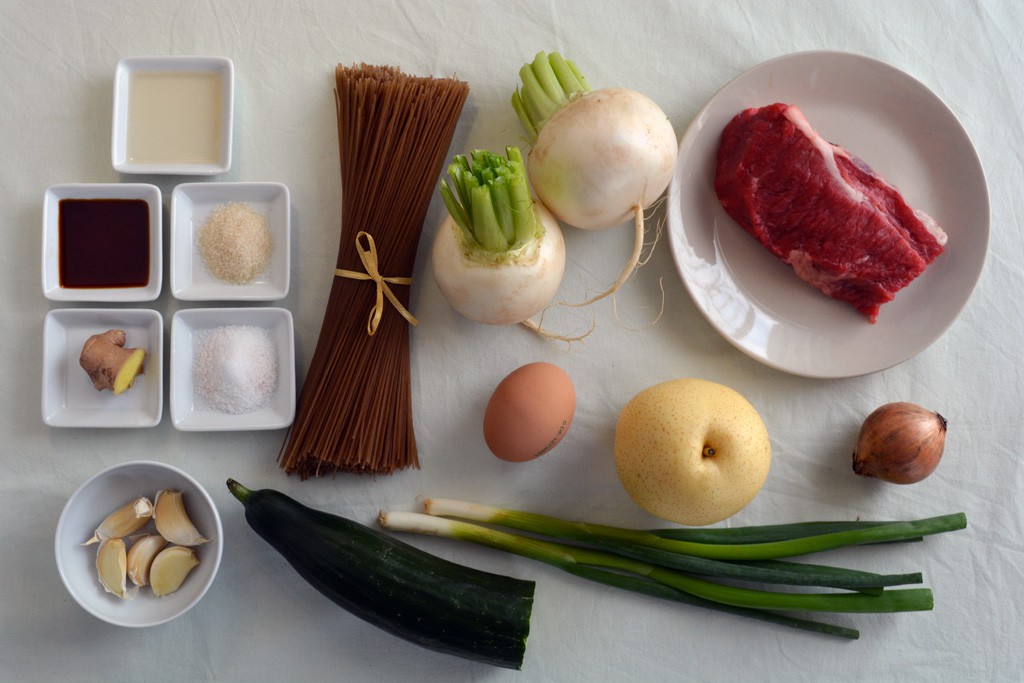 For making the broth 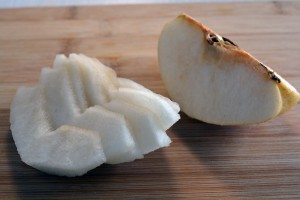 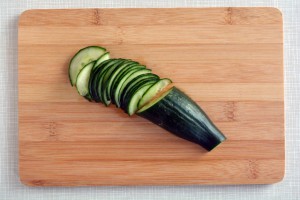 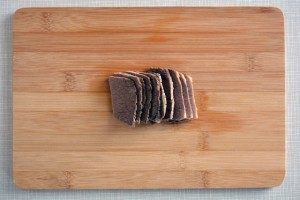